Skip to content
H.E. Amb. Hjayceelyn M. Quintana, Philippine Ambassador to the UAE, and H.E. Dr. Shaikha Al Dhaheri, Secretary General, Environment Agency Abu Dhabi (EAD) marked 48 years of Philippines-UAE bilateral relations by leading 48 members of the Filipino community from the UAE’s seven emirates (Abu Dhabi, Dubai, Sharjah, Ajman, Umm Al Quwain, Ras Al Khaimah and Fujairah) in planting mangroves at the Jubail Mangrove Park in Jubail Island in Abu Dhabi, Unites Arab Emirates.
The joint activity highlights the desire of both countries to preserve the environment and to call attention to the urgency of mitigating the harmful effects of climate change as the UAE prepares to host COP28 in 2023. The Philippines is simultaneously the world’s biodiversity centre with the highest number of plant and animal species in the world, while also being among the countries most vulnerable to the impacts of climate change.
According to Amb. Quintana, “Filipinos have been an integral part of the UAE’s history and journey to modernity and prosperity for the last 48 years. In planting these mangroves, we are sowing the seeds that will secure for the next generation of Filipinos and Emiratis a bright, prosperous and environment-friendly future!”
EAD Secretary General Dr. Al Dhaheri thanked the Filipino community for standing in solidarity with UAE’s initiative to plant 100 million mangrove trees by 2030, and affirmed the joint commitment by the Philippines and the UAE to preserve the environment for the next generation.
The Philippine Embassy in Abu Dhabi and Consulate General in Dubai were joined at the planting ceremony by Filipino community organizations such as the Order of the Knights of Rizal-Abu Dhabi (OKOR-Abu Dhabi), the Filipino Social Club (FilSOC), and the United Global Filipinos of the 21st Century, as well as the Philippines Partnership Circle (PhilPAC) and the Islamic Affairs and Charitable Department of the Government of Dubai.
1st photo: H.E. Hjayceelyn M. Quintana, Philippine Ambassador to the UAE (4th from left), waving the UAE flag as H.E. Dr. Shaikha Al Dhaheri, Secretary General, Environment Agency Abu Dhabi (2nd from right) waves the Philippine flag alongside the jubilant 48 Filipino residents from the UAE’s 7 emirates who joined them in planting mangrove trees at the Jubail Mangrove Park in Abu Dhabi to commemorate the 48th anniversary of the establishment of diplomatic relations between the Philippines and the UAE in 2022.
2nd photo: Amb. Quintana (far left) and EAD Secretary General Dr. Al Dhaheri (far right) plant their respective mangrove trees at the Jubail Mangrove Park.
Photo Credit: Philippine Embassy, The Filipino Times social media. 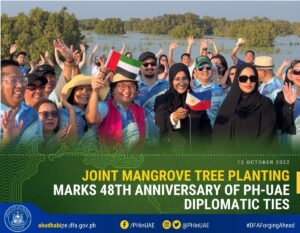 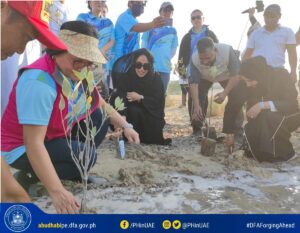 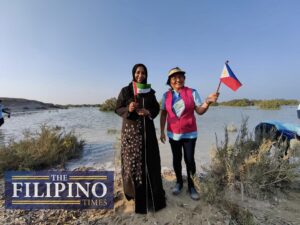 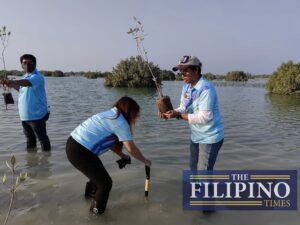 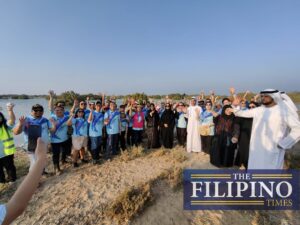 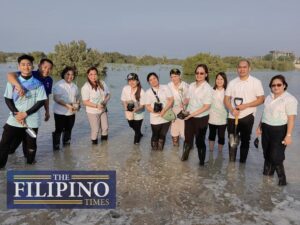 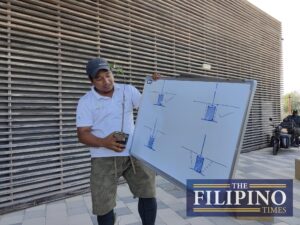 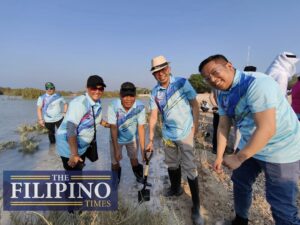 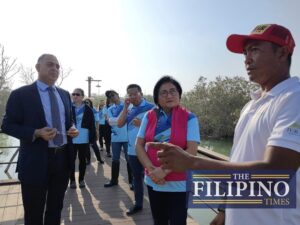